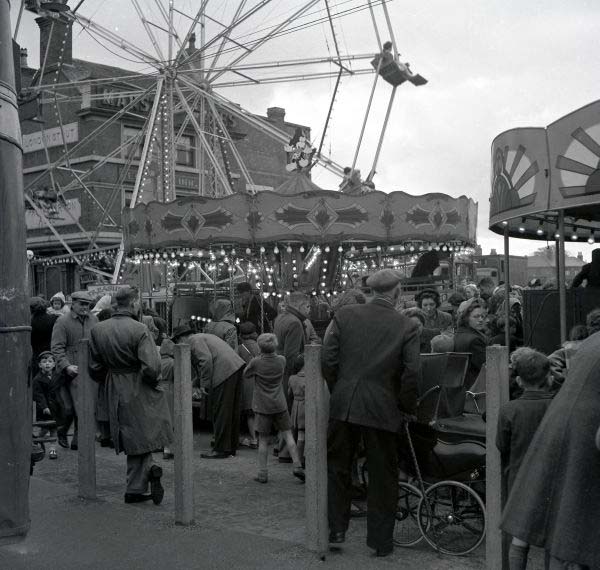 Her great-grandmother had been a hero to the people she had helped, putting her boat to a stormy sea time and again to rescue mariners from the stricken and sinking Forfarshire. She saved fourteen and on the fourth attempt disappeared into the spray.

And her grandmother’s window looked out over a North Sea view, then aged six if that, she would cower beneath the covers on stormy nights fearing any minute the waves would crash through her room smashing windows and peeling doors clean from hinges.

Pristine toes on carpet, creeping from bed to window, still midnight air whispering as she stirred it, she would dare to peer out of the drawn curtains to see the esplanade always preserved and un-breached and standing still ready to protect her should the surf brave an attempt on the shoreline and the village fall to nature.

That night she dared not move, the howls and shrieks of the ocean being far too severe, far too near to chance it. Instead she slipped deep beneath her eiderdown, head swallowed by the bed sheets, a soft linen shell of protection from her seaside world and if she awoke in the middle of the ocean then she would simply go below and wait for sand and the wind to take her home again.

Her door creaked open, warm light bathing pine, expecting waves and hearing nothing she lifted an eyelid and spied her mother in shadow coming towards her. Kissing her on the forehead, brushing the back of her fingers against her soft cheek, she whispered “I love you,” and made into the night. Staying still and feigning sleep, it was the last time she ever saw her.

On hearing of the feat achieved and the bravery shown, every man and every woman with a boat to use took to the finally placid waves to find her, and when the body was found, washed miles away, it was returned to shore and borne to church on a rushcart covered and decorated and draped in blue bugloss, the colour of her eyes.

When they woke her, still beneath the covers, waiting for the waves, they told her that if water drowns flowers the flowers turn to soil and that same soil bears flowers anew, but if she picked them and kept them and pressed them then the flowers would live for ever and ever and be with her every day of her life, or as long as she needed them to be.

Smoke shimmered above them as they kissed, he jumped, parting lips from hers, as ash fell onto his flesh from the forgotten cigarette in his hand. He pulled back and cursed, throwing the glowing remnants to the grass. Leaning in towards her again she disappeared, he paused, was she ever really there?

You took a girl to the fair, it was one of those things you did, a rite of passage, something different from the pictures and anyway Quo Vadis was still playing and they’d seen it twice, not that he wouldn’t go again, if she wanted to, he’d do anything for her, and she’d do anything for Robert Taylor.

He knew bits of that film by heart, Rome in flames, the Christians being blamed, Vinicius turns to Petronius and says, “The people won’t believe such a lie,” and Petronius replies, “But they are believing it, people will believe any lie if it is fantastic enough.”

Fantastic, what a word he thought, somewhere in between fatalism and paradise, totally out of kilter if whispered in a grey world full of raincoats, but a sparkler on the water when it was used amid the dullness. A word out of place, just as to him, in his grey world, she was the light, out of place perhaps but fantastic nonetheless. She was that rare phrase which could only be uttered in truth for anything other would be mockery and he believed in the word, believed in the word with all his heart, even if it was a lie.

What ever happens after me, he thought, I hope she finds love eventually, and that when she does, it is everything she ever dreamed it would be.