Iceland had never really been on my radar. I had a vague knowledge of the place; I knew that it was where Bjork came from. I knew that they had taken a terrible hit during the financial meltdown of 2009 and that one of their temperamental volcanoes had brought European airspace to a standstill in 2010. But that was just about it.

All Europe-ed out after a few months of back to back visits to the continent and with a long week-end to spare and a stash of disposable pennies, that little flake of land, mid-Atlantic, began to look more and more attractive. An exciting in-reach wilderness, that wasn’t continental, but offered an independent culture and a thriving music scene.

Iceland, the very word conjures up thoughts of adventure, sliding down bloody great big glaciers, wandering down ravines cut into the earth thousands of years ago, bubbling springs and those grand, chilly, empty vistas of nothing. And Reykjavik too, the world’s northernmost capital of a sovereign state, with it cafe culture and it’s downright cosmopolitan nature, all amid, if you’re lucky, the ethereal shimmer of the Northern Lights. Yes, my initial disinclination gave way to inexplicable enthusiasm when I gave the idea some thought. 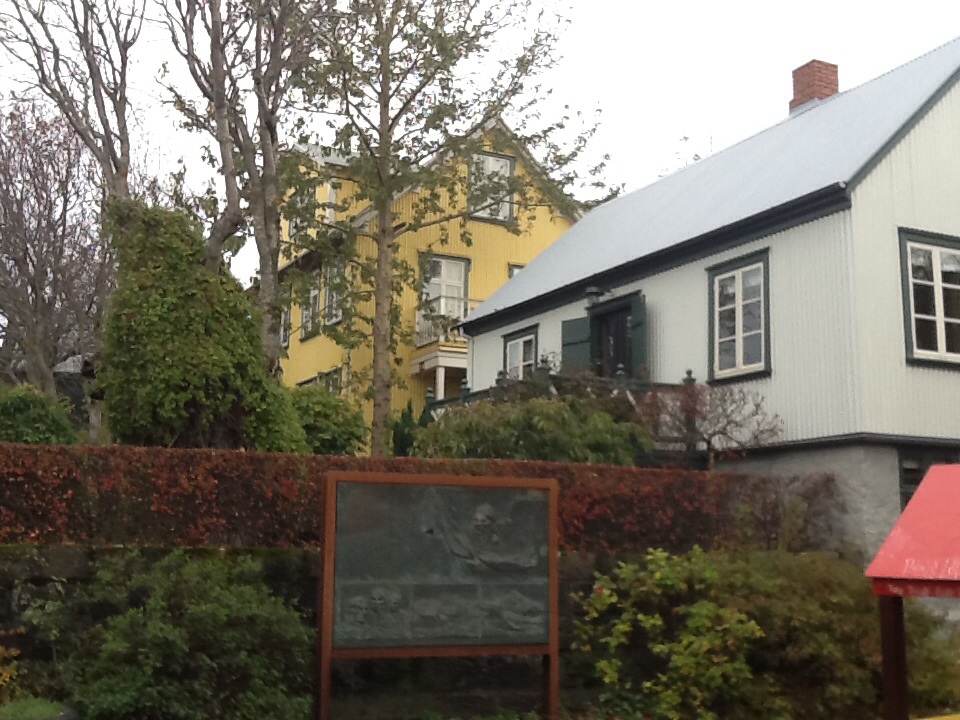 The first thing that you realise as the airplane nose nudges into Icelandic airspace is the sheer emptiness of the space and the blackness of the volcanic land. The slightly melancholy introduction is quickly overcome by the friendliness of the airport, with its odd living room feel, a line of hardy out-doors-types reclining in arm-chairs amid the surprisingly, for an airport, relaxed atmosphere. It was like deplaning into an outlet of the Edinburgh Woolen Mill, a sensation that would be often repeated.

The bus to Reykjavik was buzzed by what appeared to be an American Air Force style B52, suddenly appearing over the brow of a grassy hill while I was gazing out across the flat landscape that comprises Keflavik. It was either taking off or landing behind me, I wasn’t quite sure, either way, its roar was such a surprise that I banged my nose on the coach window.

Despite Reykjavik being home to over 200,000 people, the majority of the Icelandic populace, I was surprised at the village feel of Reykjavik central. Many, many coffee shops, enough record stores to satisfy even the most frenzied vinyl junkie and a surprising number of noodle bars make up the narrow, bicycle strewn streets.

My first meal in the Icelandic capital was in one of these eponymous noodle bars, but one recommended by a friend who had been before. The bowl was enormous, brimming with chicken noodle soup and I sat in the window slurping away, staring at the Hallgrímskirkja church, the city’s most bewitching building.

The pristinely white structure sits at the end of the long and straight principle shopping street, Skólavörðustígur, towering over the city, it resembles an ice sculpture, the building’s curved and rippling sides bringing to mind the perfect fossilised shapes sometimes found on a volcano field. The church inside is refreshingly plain, all whites and creams, very calming, for a church, even the traditionally uncomfortable pews are upholstered.

I took a wander to the beautiful lighthouse at Seltjarnarnes, about a half an hours walk from the city centre, still within striking distance of town, but utterly deserted. Miles and miles of empty beach followed miles and miles of empty beach.  It was so quiet that the noiselessness seemed to pressure my ears, as if they were straining to hear something, but couldn’t and the strain to do so was making them ache. It was like the world had gone quiet. It was all right for a while, a different experience, but after a couple of hours I was yearning for a return to civilization and people. It wasn’t the true Icelandic wilderness, but it was interesting to experience the edge of emptiness. 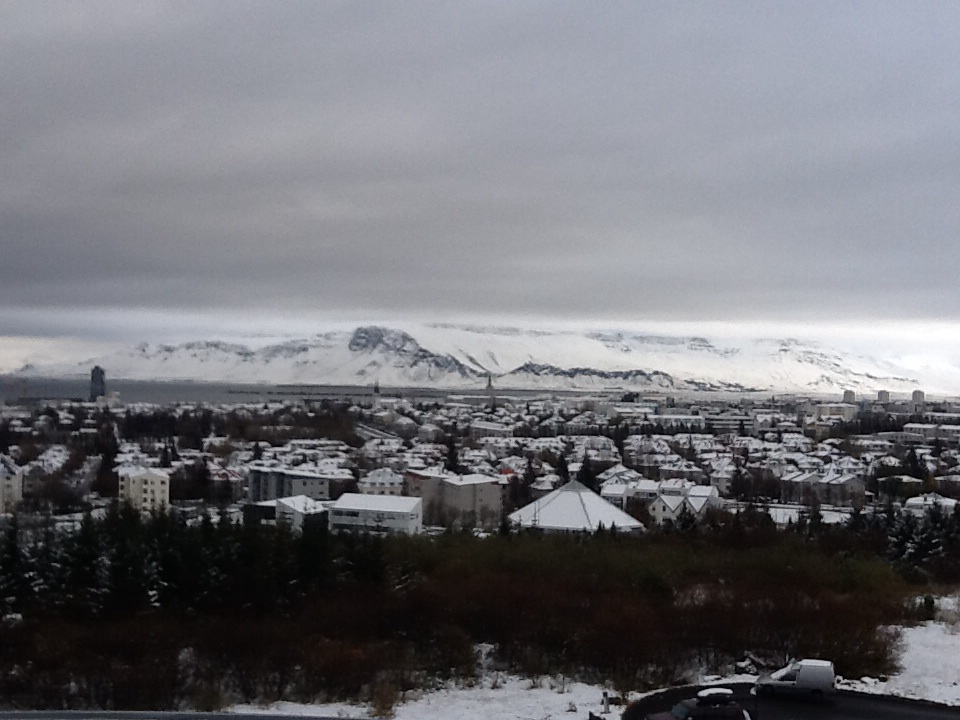 My visit happened, by chance, to coincide with what would have been John Lennon’s 73rd birthday. My temporary landlady told me that Yoko Ono always visited town on that day to light the ‘Imagine Peace Tower’ a light sculpture Ono had built on Videy, a small windswept island about five minutes sail from the harbor. I wasn’t entirely sure if it would be my kind of thing, but I went along anyway, sailing across the freezing water on a rickety boat while “The Ballad of John and Yoko” blared from speakers wedged in the wheelhouse. We all sang “Give Peace a Chance,” and I kind of thought it might be nice if we actually gave it a try, after all I’d been awarded peace in great big chunks during my visit to Iceland and I’d found it roundly enjoyable, so why shouldn’t the rest of the world get a fair crack at it too?

Amid the candlelit emptiness, someone strummed an acoustic guitar, Yoko Ono danced all in black, top hat strangely resistant to the blowing gale. It still wasn’t really my thing, but because of that, I was enjoying it.